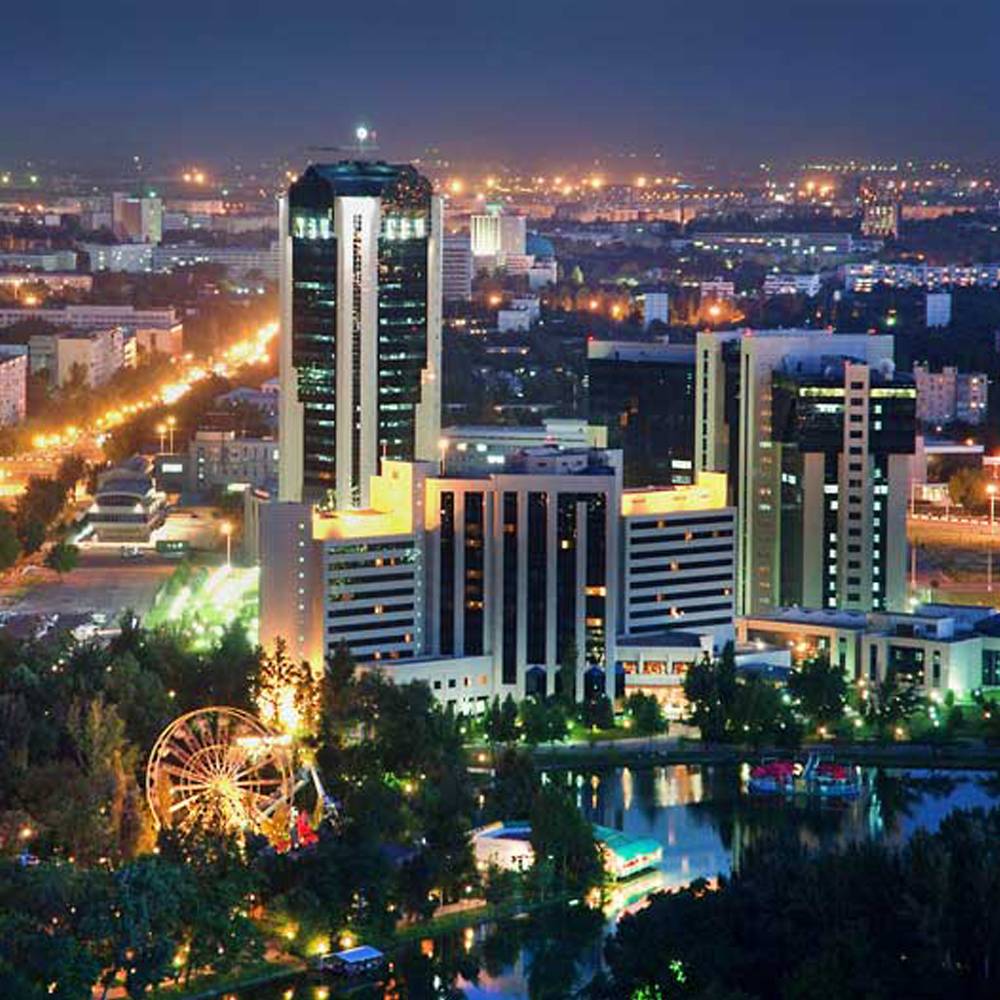 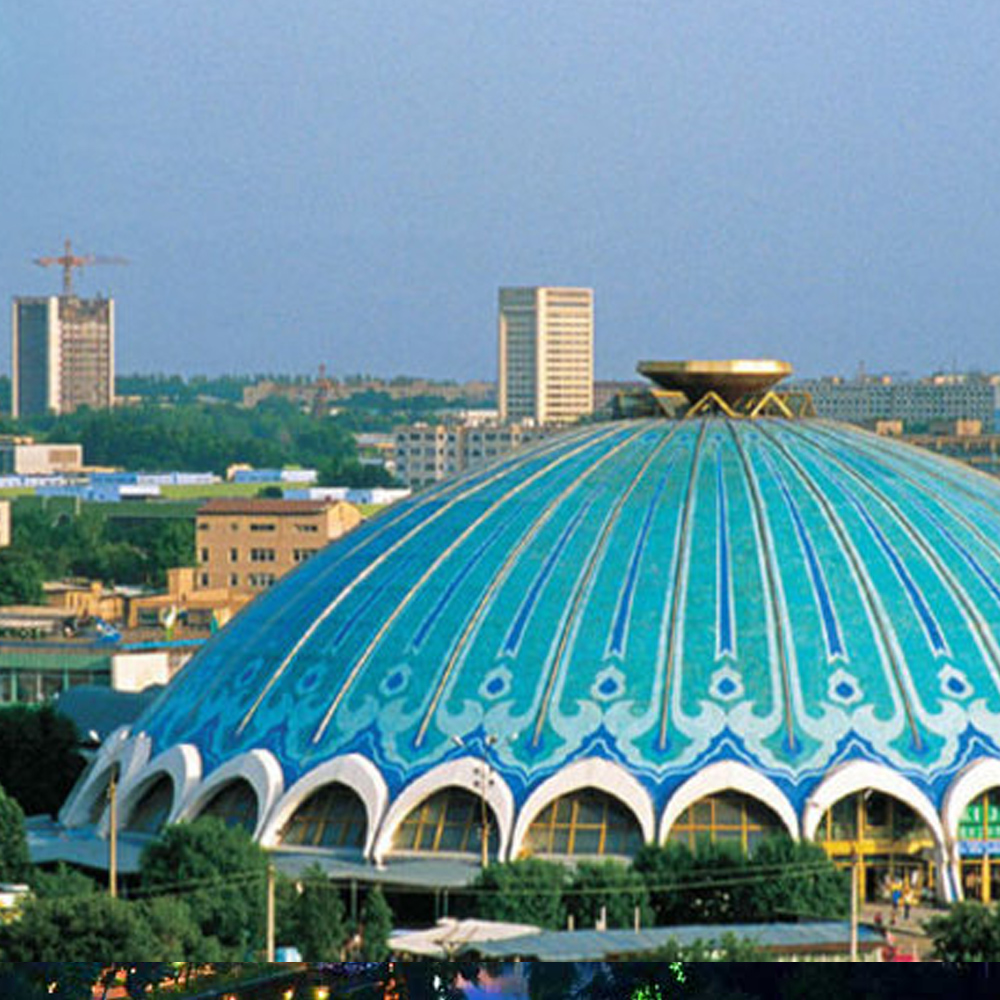 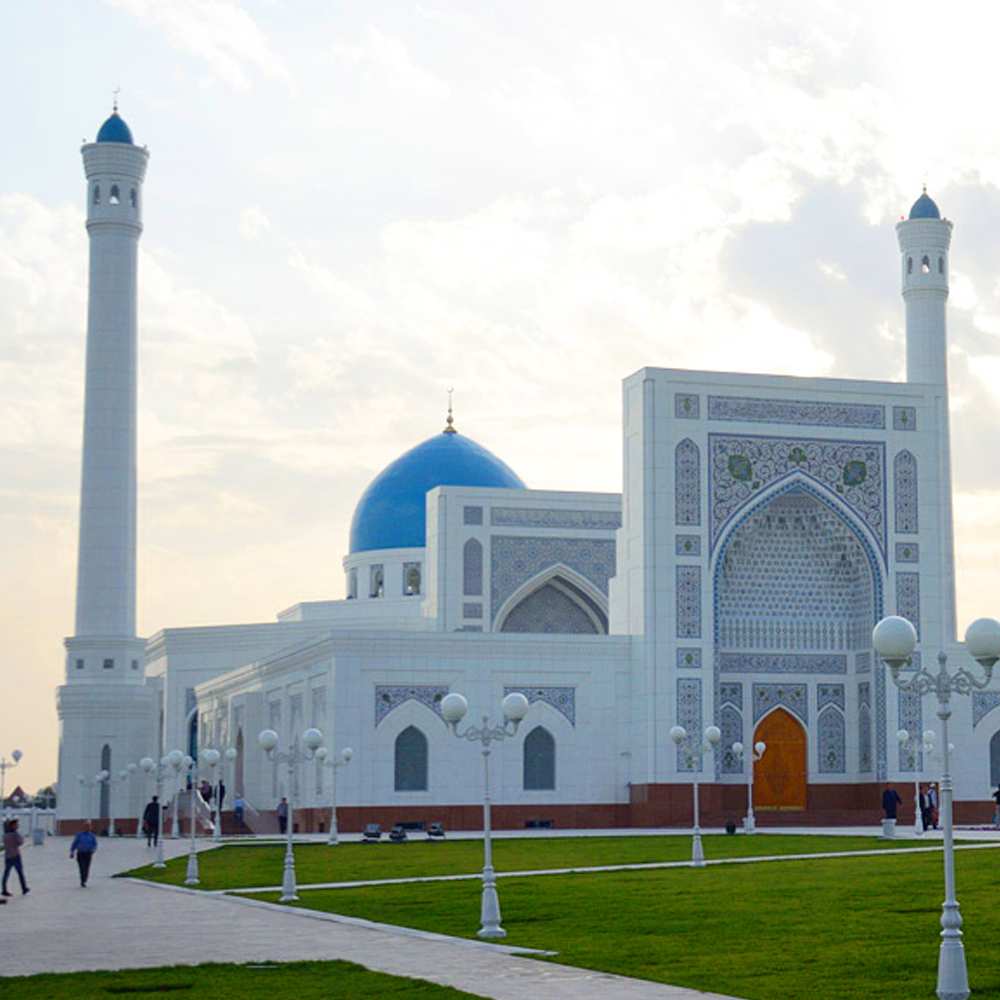 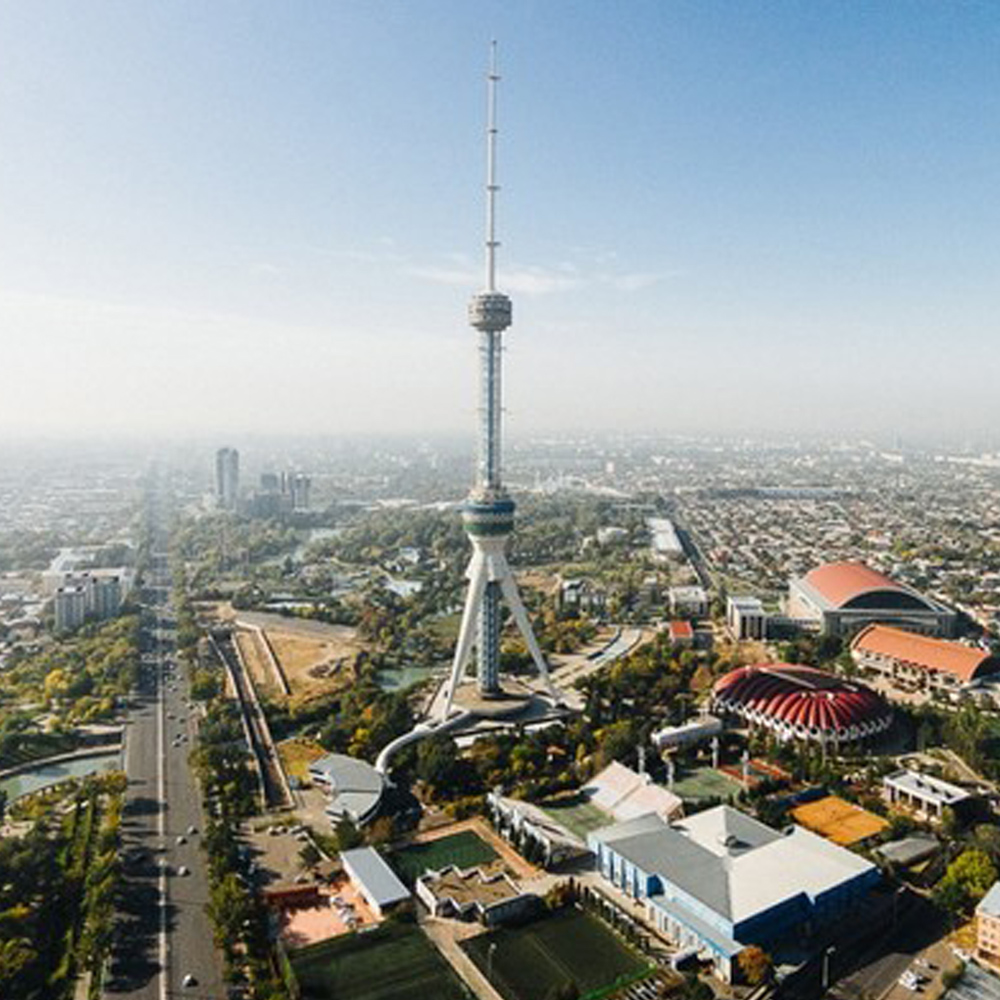 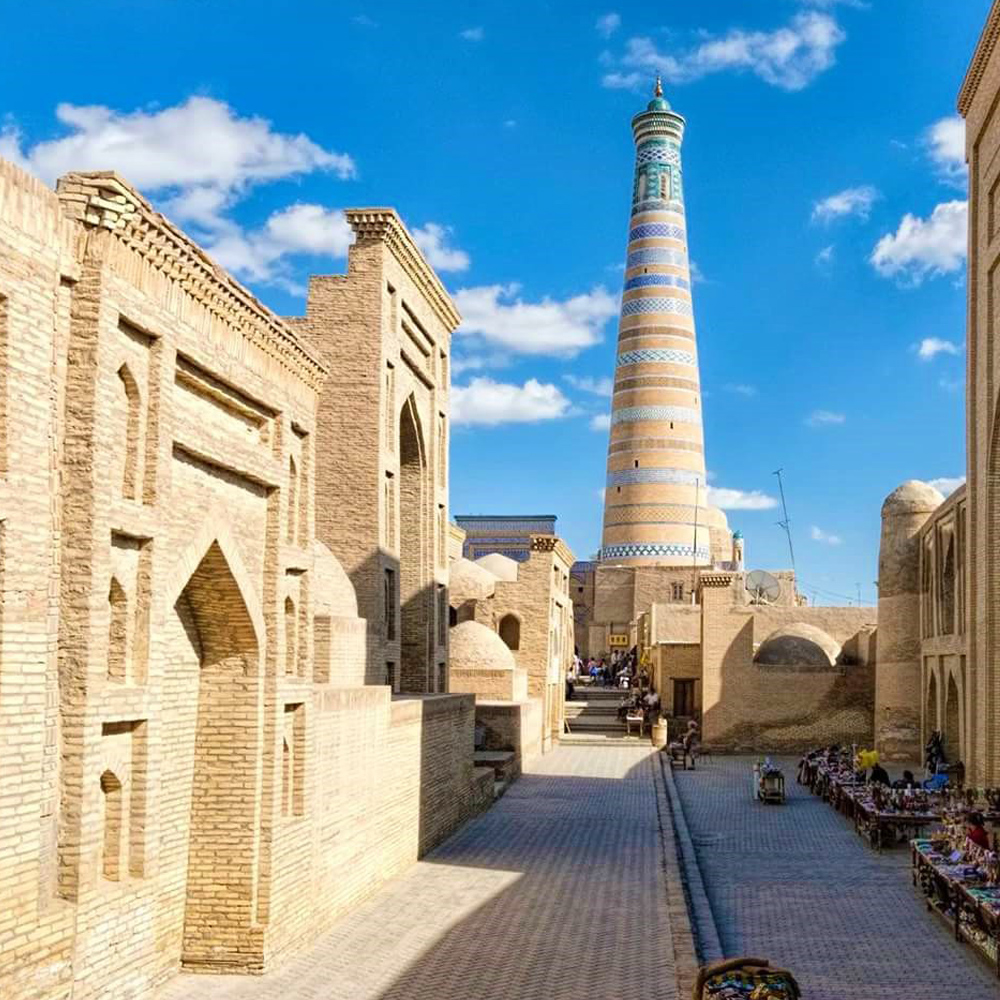 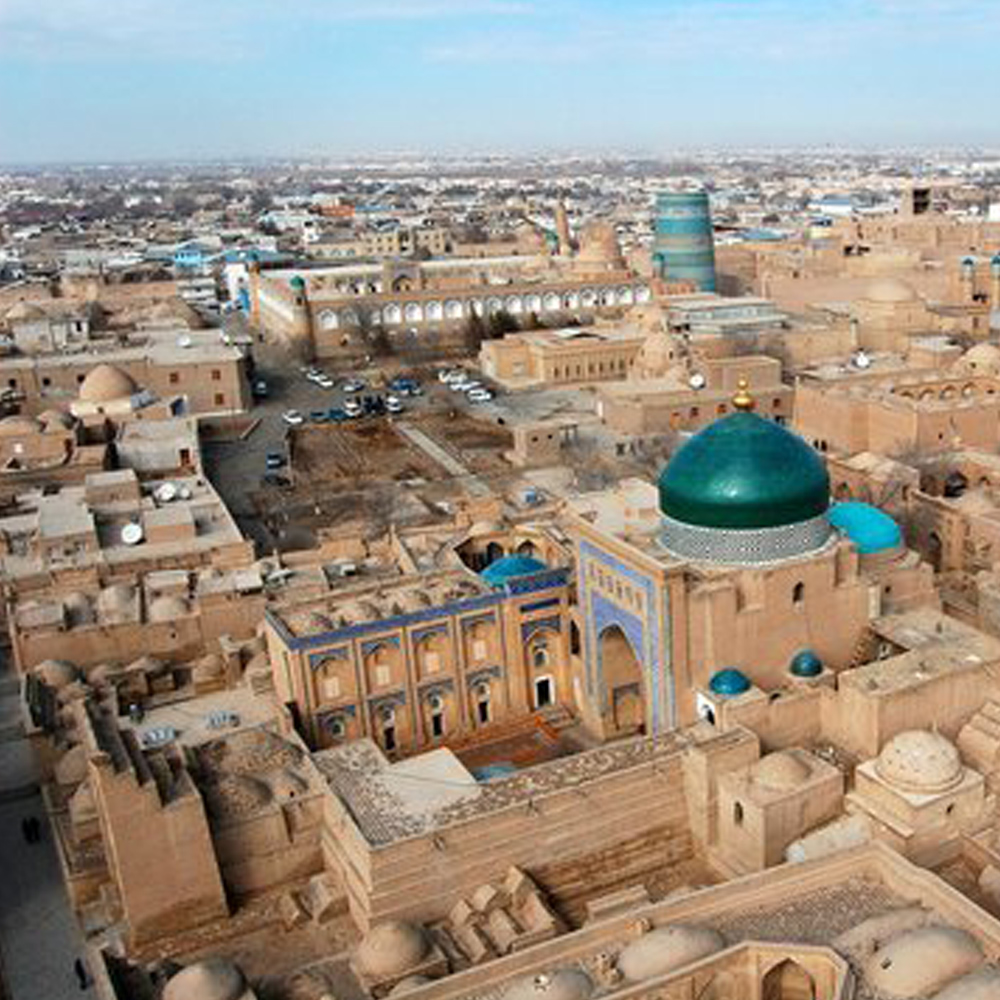 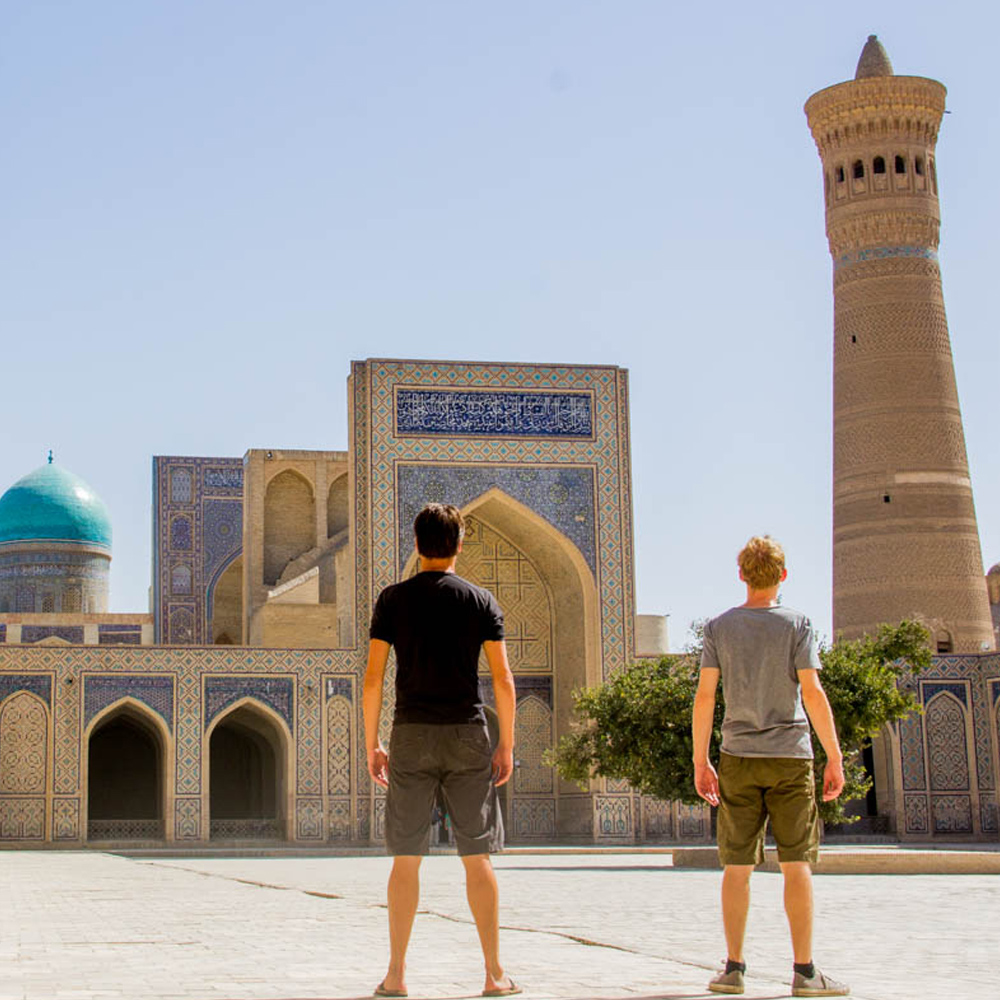 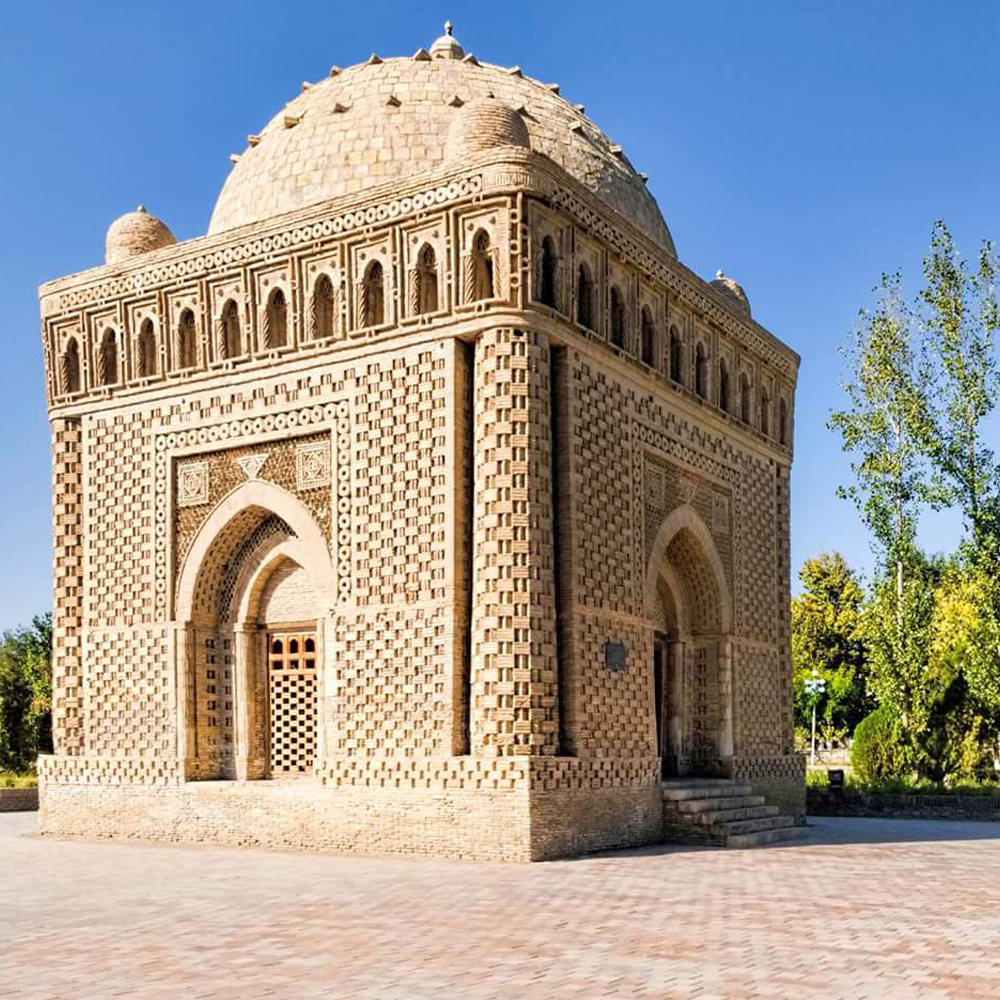 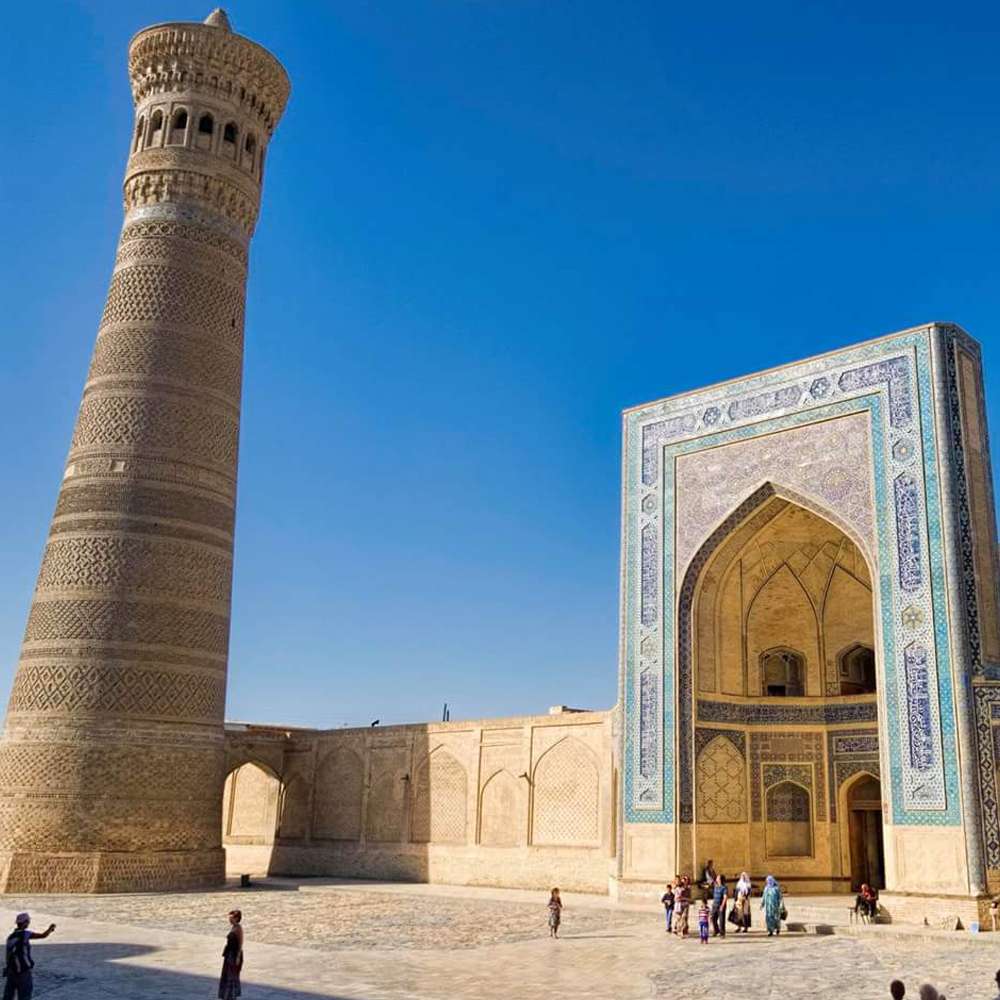 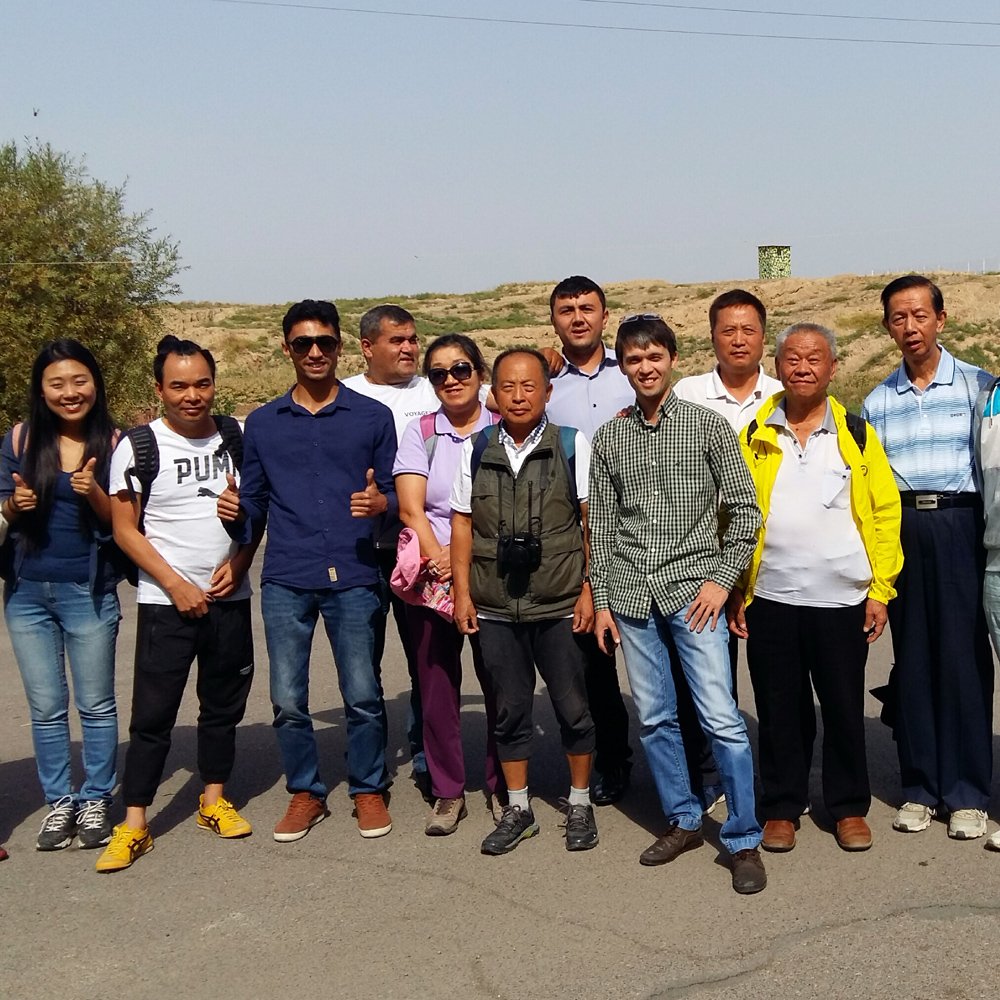 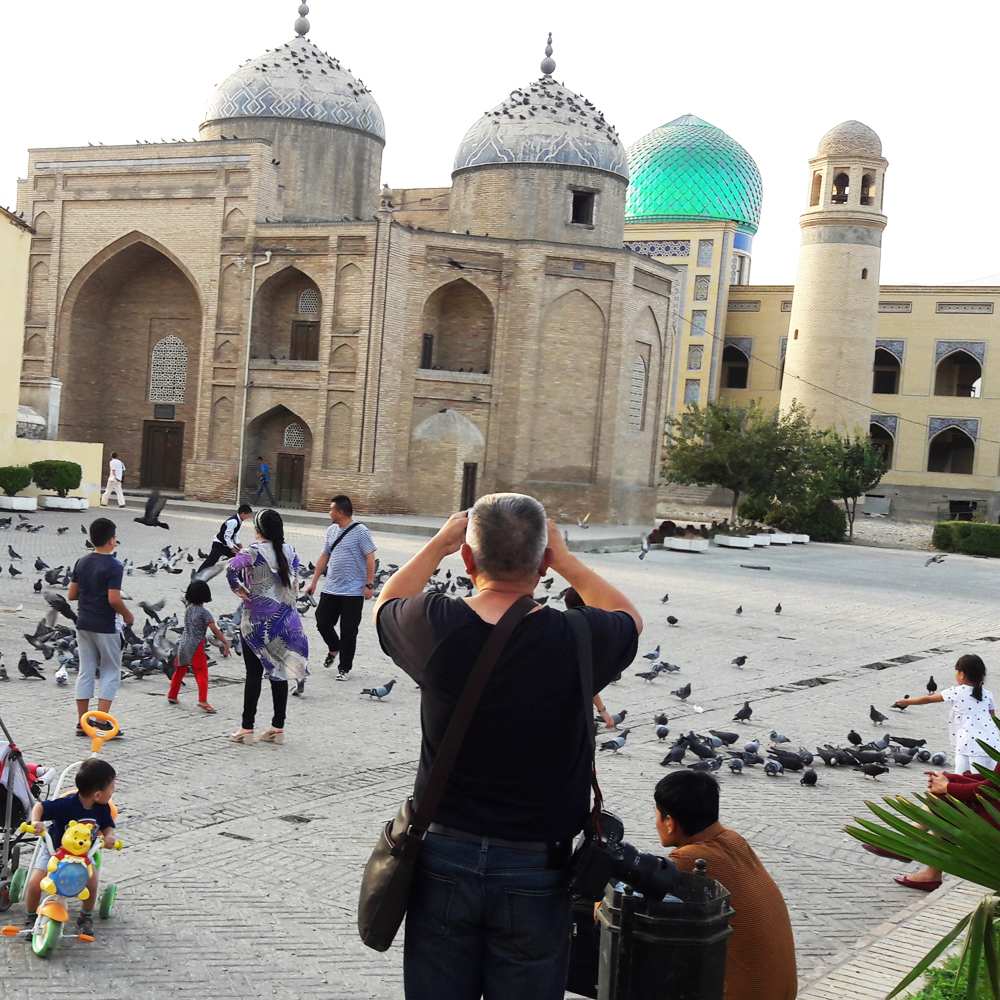 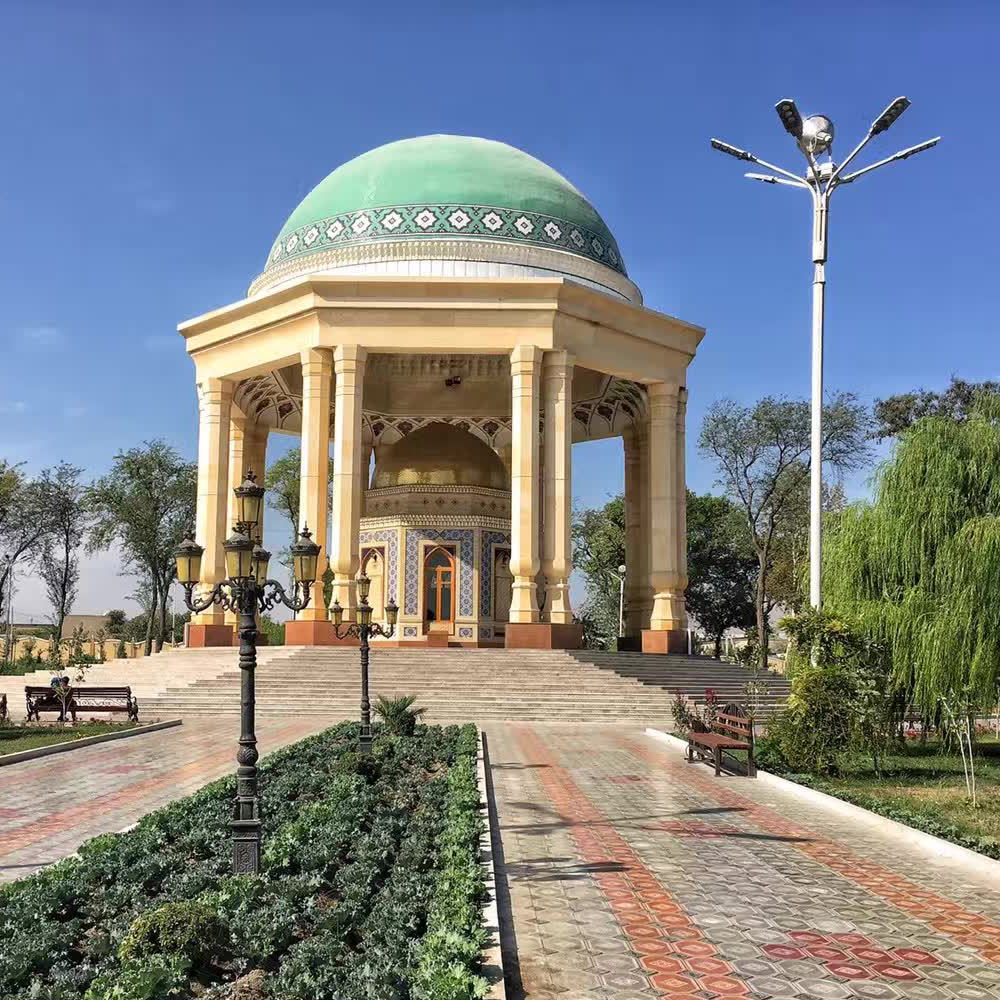 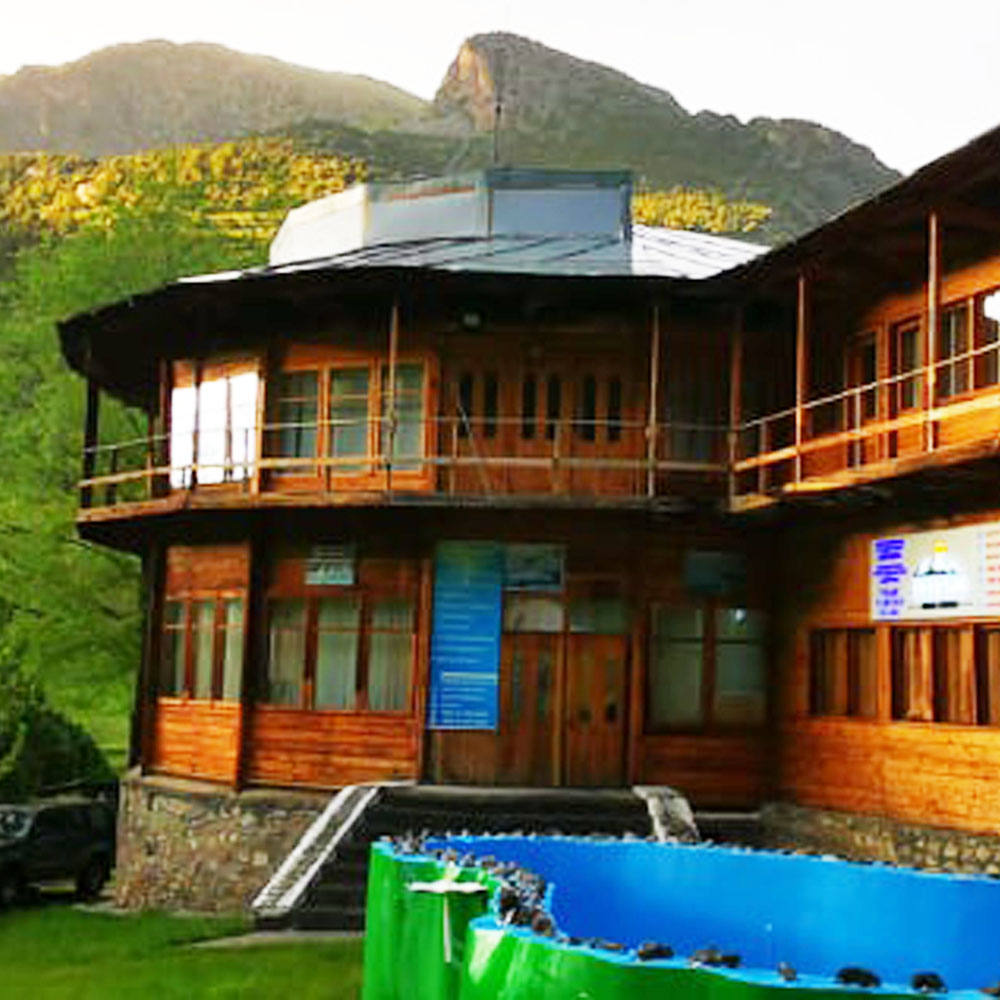 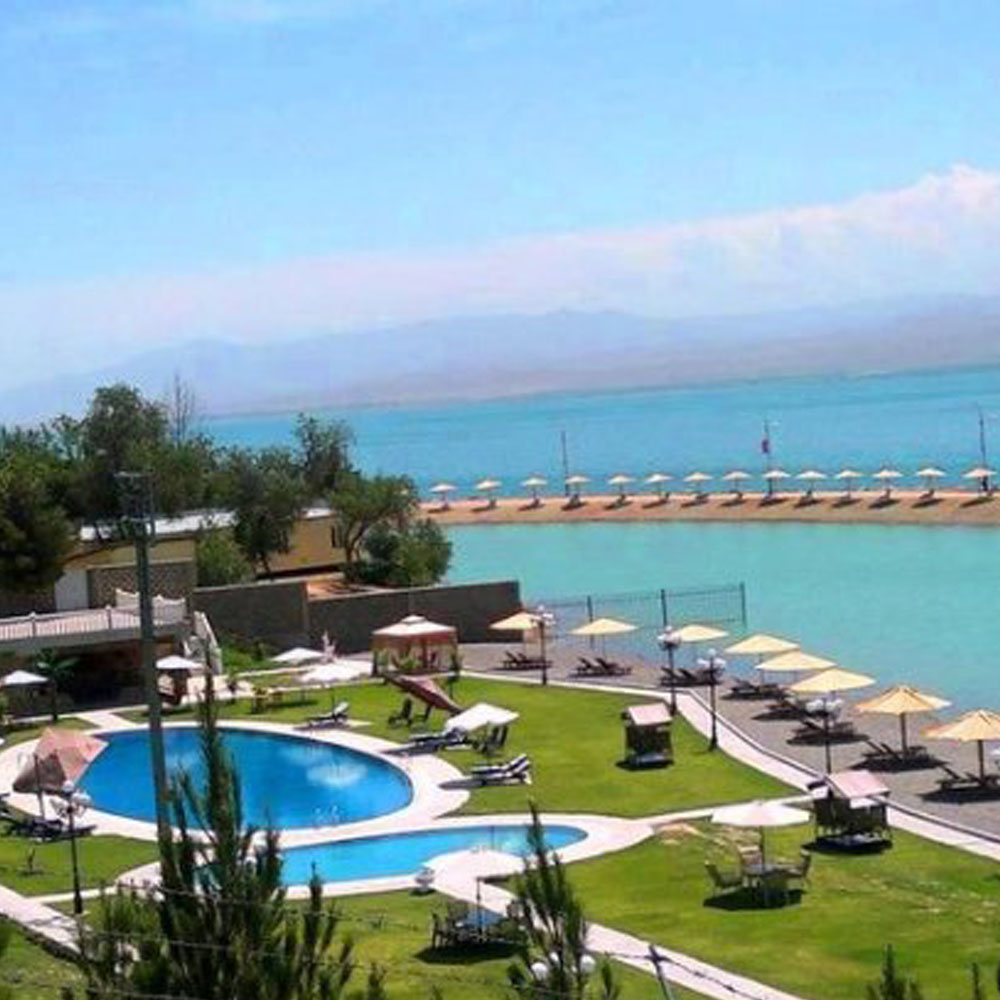 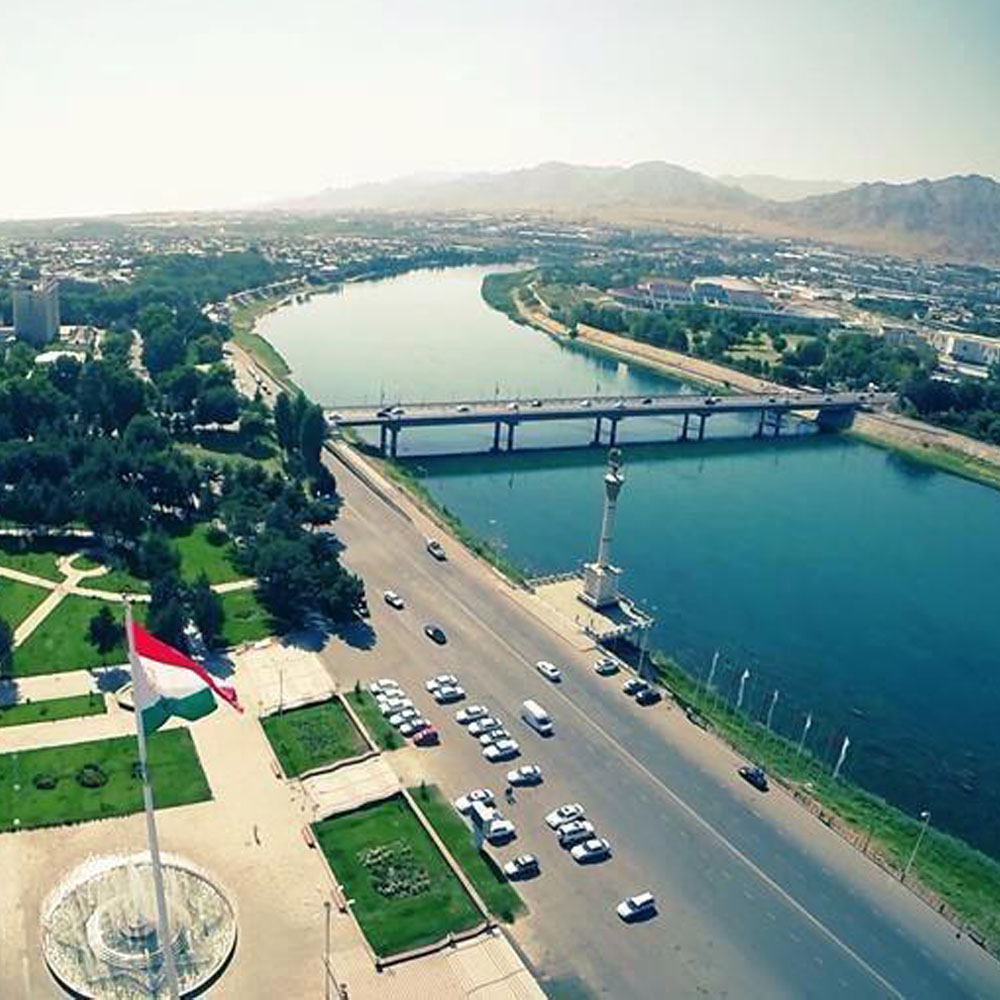 A combined tour to Tajikistan and Uzbekistan passes through the most famous cities of these two countries and includes visits to the most striking sights. Feel the atmosphere of the old and new East, get acquainted with the mentality of the local people – the descendants of proud Sogdians! Legendary Sogdiana is an ancient historical region in the center of the Zarafshan Valley, located on the territory of two modern countries – Tajikistan (now Sughd region) and Uzbekistan.

Arrival at Tashkent International Airport. Meeting at the airport with a guide and city tour. Accommodation at the hotel (check-in time at 14:00). Today we will start our excursion in the capital of Uzbekistan, the city of Tashkent. Excursion around Tashkent for the whole day. City tour: Hasti Imam Complex with Barak Khan Madrasah, Kukeldash Madrasah, Library with the Holy Koran, Chorsu Bazaar, Independence Square, Amir Temur Square and Amir Temur Museum. Dinner. Overnight at the hotel.

After breakfast, drive to Bukhara through the Kyzyl Kum desert. On the way, there will be photos stops on the Amu Darya River shores (OKSUS river, Ceyhan). The Amu Darya is close to the Nile in terms of water volume and is 1.2 times more full-flowing than the Dnieper. The long-term average consumption of its water near the town of Kerki is 2000 cubic meters. m / sec., and in winter it decreases to 500 cubic meters. m / sec. Dinner. Arrival in Bukhara and accommodation. Dinner. Evening walk in Bukhara.

After breakfast, sightseeing tour of Bukhara. Visiting the Samanid mausoleum, Chashmai Ayub, the Ark citadel, the Bolo-Khauz mosque, the Kalyan complex, which includes the Kalyan mosque, the Kalyan minaret and the Miri Arab madrasah, trade domes, the Abdulazizkhan and Ulugbek madrasahs, the Nadir Devonbegi madrasah complex, the Lyabi-Khauz complex. Transfer to the railway station at 15:00, Departure to Samarkand at 15:55. Arrival in Samarkand at 17:25. Meeting and evening excursion around Samarkand. Registan Square. Transfer to the hotel and accommodation. Dinner at a local restaurant.

Breakfast. Excursion to the mausoleum of St. Daniel, Ulugbek Observatory (15th century) – astronomer, scientist, ruler, beloved grandson of Tamerlane, who was killed on the orders of his son. Architectural Complex Shahi-Zinda “(” Living King “) – The memorial on the slope of the Afrasiab hill is associated with the name of Kusam Ibn Abbas – a cousin of the Prophet Muhammad (11-15th centuries). Dinner. Transfer to the uzbek tajik border. Border crossing. Then we change transport and drive to Penjikent. On the way, an excursion to the settlement of Sarazm, which is more than 5500 years old and it is the World Cultural Heritage of UNESCO. Visit the Olim Dodkho madrasah and departure to the Camp Artuch. Dinner. Accommodation in the cottages of the Camp Artuch.

Breakfast. 09:00 Beginning of a one-day hike to the Kulikalon Lakes. Excursion in the valley. Visit to other lakes in the vicinity. Picnic on the shore of Lake Bibidzhanat. Trekking to the lakes of Du-Shaha. Return to Camp Artuch. Entertainment. Dinner. Accommodation in the cottages of the Camp Artuch.

08:00 breakfast. 09:00 Departure from the Artuch Alpine Camp. Lunch in the beautiful Shahristan valley, where we will be surrounded by juniper forests and beautiful landscapes. Arrival time in the city of Istaravshan is 13:00. The history of Istaravshan has shaped the character of the people who live in the city. It is a charming place with some of the oldest and most intact Islamic buildings in Tajikistan, including many mosques, a traditional street and several significant madrasah complexes. City tour of Istaravshan: Central market, mosque and madrasah Kok Gumbaz and Mug fortress. Departure to the city of Khujand. Arrival time in Khujand – 16:00 – 17:00. Accommodation at the hotel.

08:00 Breakfast. The beginning of the excursion around the city of Khujand, a lot of interesting things for the whole day. Khujand fortress, Kamoli Khujandi park, Stella monument to the 25th anniversary of Tajikistan’s Independence, Arbob palace, lunch at the local restaurant Zaytun. Panjshanbe bazaar, Sheikh Maslikhatdin Central Mosque. Dinner at a local restaurant with live entertainment. Accommodation at the Sipehr hotel.

The money exchange can be replicated upon arrival at local banks.
Tour payment: 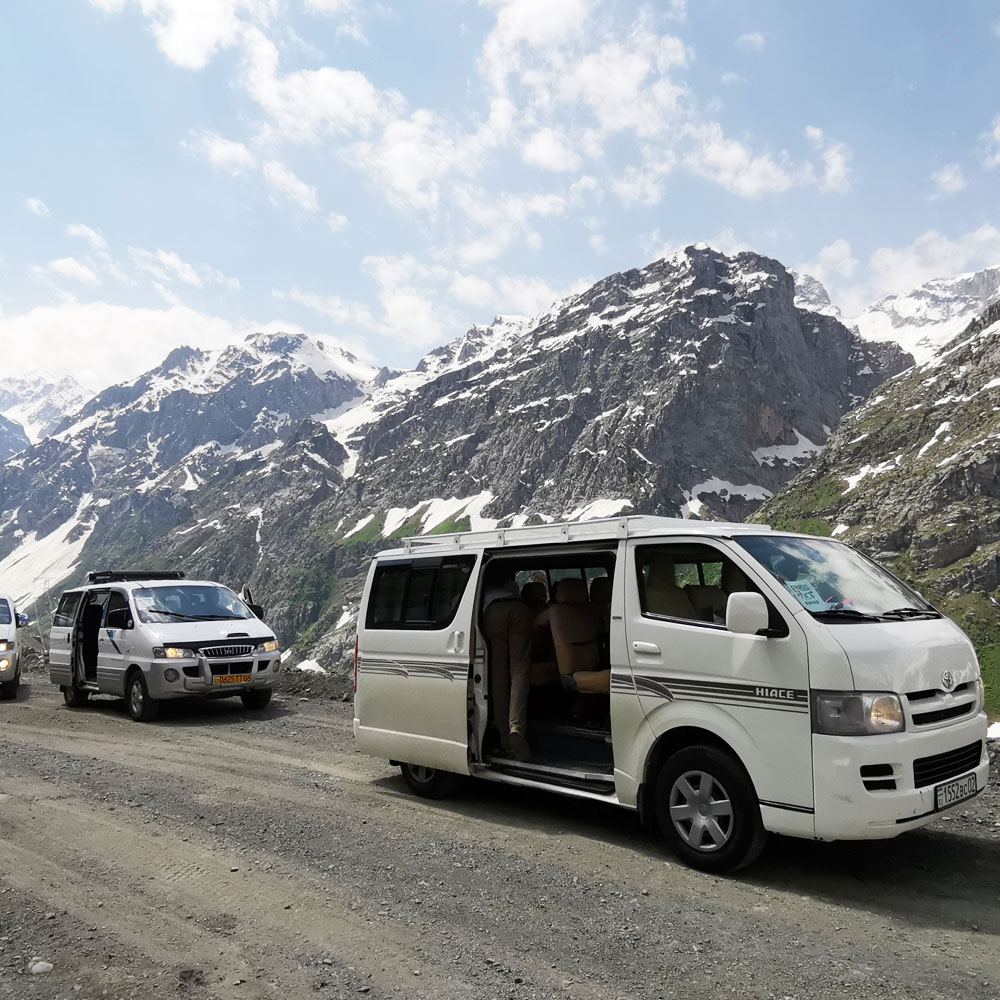 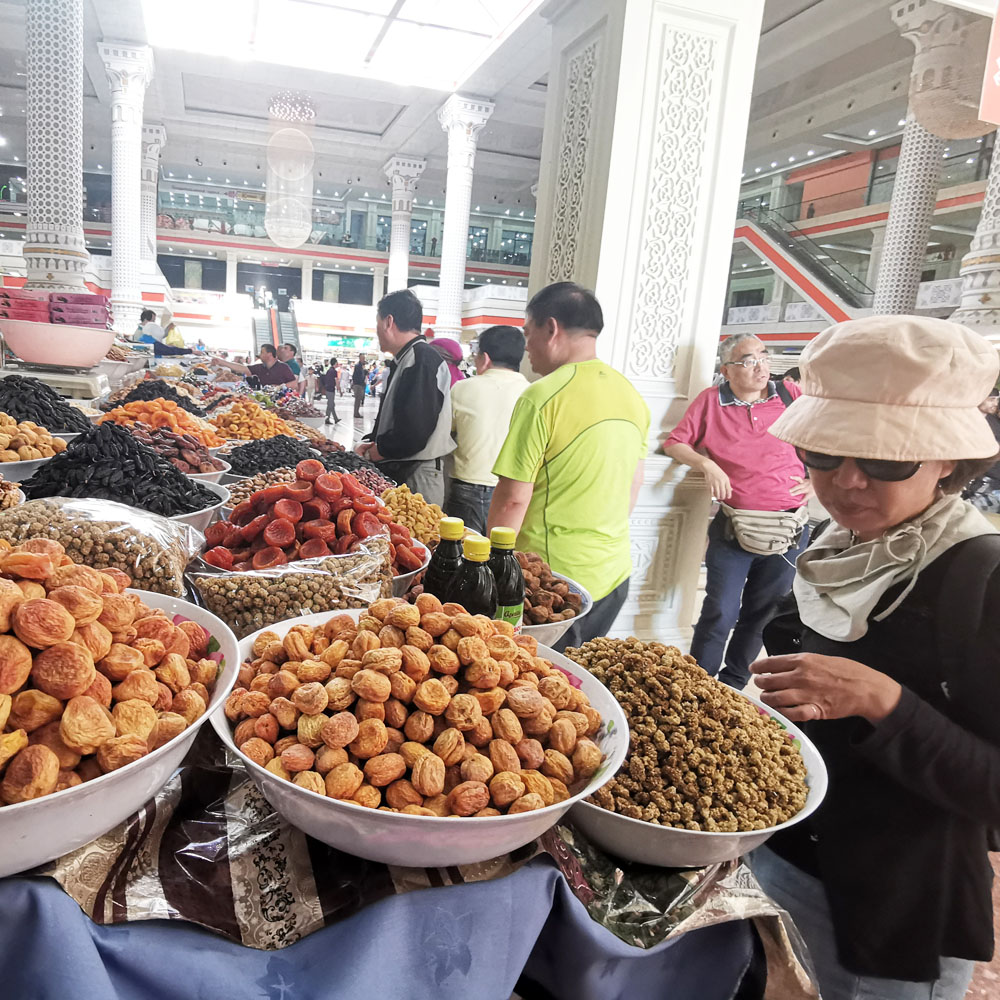